eCommerce Sellers: Watch Out for These 10 Fraud Schemes

Unemployment fraud, stolen COVID-19 relief funds, Twitter account takeovers and the hacked financial data of millions — one just needs to turn on the news to find the latest story on economic crime and fraud. With rates at record highs, fraud is affecting companies in more diverse ways than ever before.

A new survey found that 47% of businesses have experienced fraud in the past 24 months, with an average of six incidents reported per company. However, despite these staggering numbers, only 56% of organisations conducted an investigation into their worst incident, with less than one-third reporting the crimes.

The same pattern can be seen in the eCommerce industry. While online sales are currently booming, setting new year-over-year (YOY) records in 2020, with its rise comes one of the fastest-growing opportunities for fraudsters and cybercriminals who are looking to capitalise on the thriving market.

According to a recent study, eCommerce industry fraud has risen by 30% — with the trend predicted to increase by 14% by 2023, resulting in an eye-watering US$ 130 billion in losses. However, while eCommerce merchants juggle a multitude of responsibilities — from sourcing quality products, quality control, payment processing, SEO and customer service — fraud prevention remains a crucial component that’s usually overlooked until it’s too late. 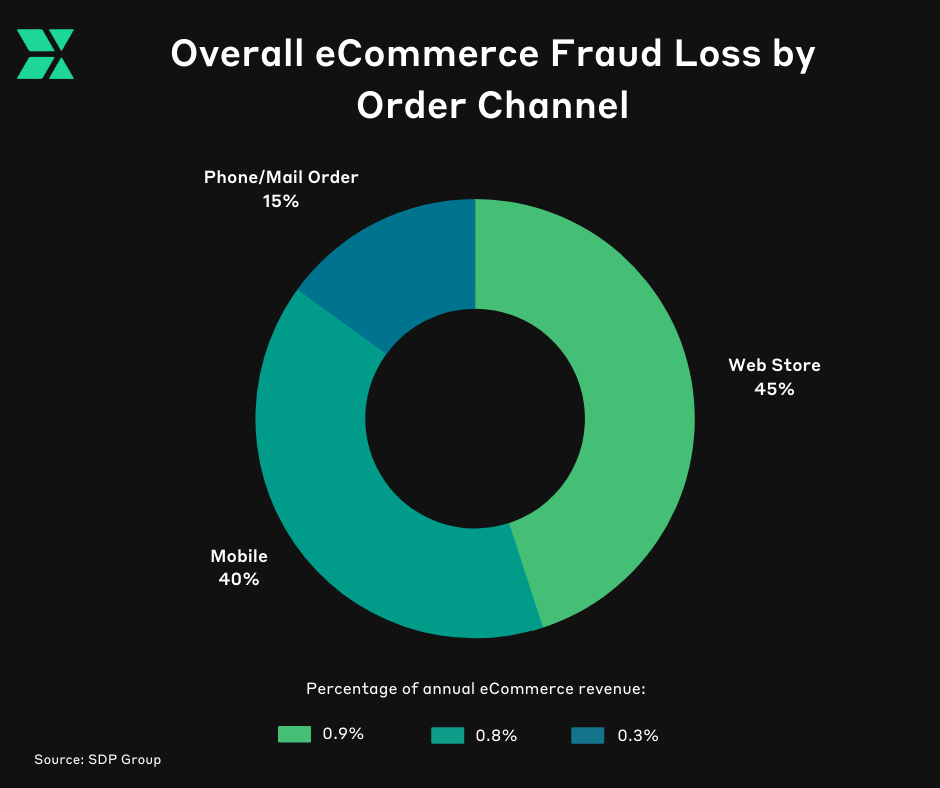 With eCommerce sales estimated to reach over US$630 billion by the end of 2020, an estimated US$16 billion will be lost due to fraud — with up to 0.9% of merchants' revenue being stolen via their actual web store.

The message is clear: if you are running an eCommerce store, you need to protect your business and your customers against potential threats by becoming better informed about different schemes being used by cybercriminals for online fraud.

As the use of alternative payment methods increases, fraud is no longer just exclusive to credit cards — criminals are becoming more sophisticated. So what does this new age of eCommerce fraud look like, exactly? We detail the top 10 most common types below:

One of the best revenue accelerators is customer trust, which results in long-term loyalty. With the rise of online scammers threatening to jeopardise businesses only increasing with the surge of the eCommerce market, it’s never been more important for merchants to develop real-time fraud prevention strategies so that they can improve user experience.